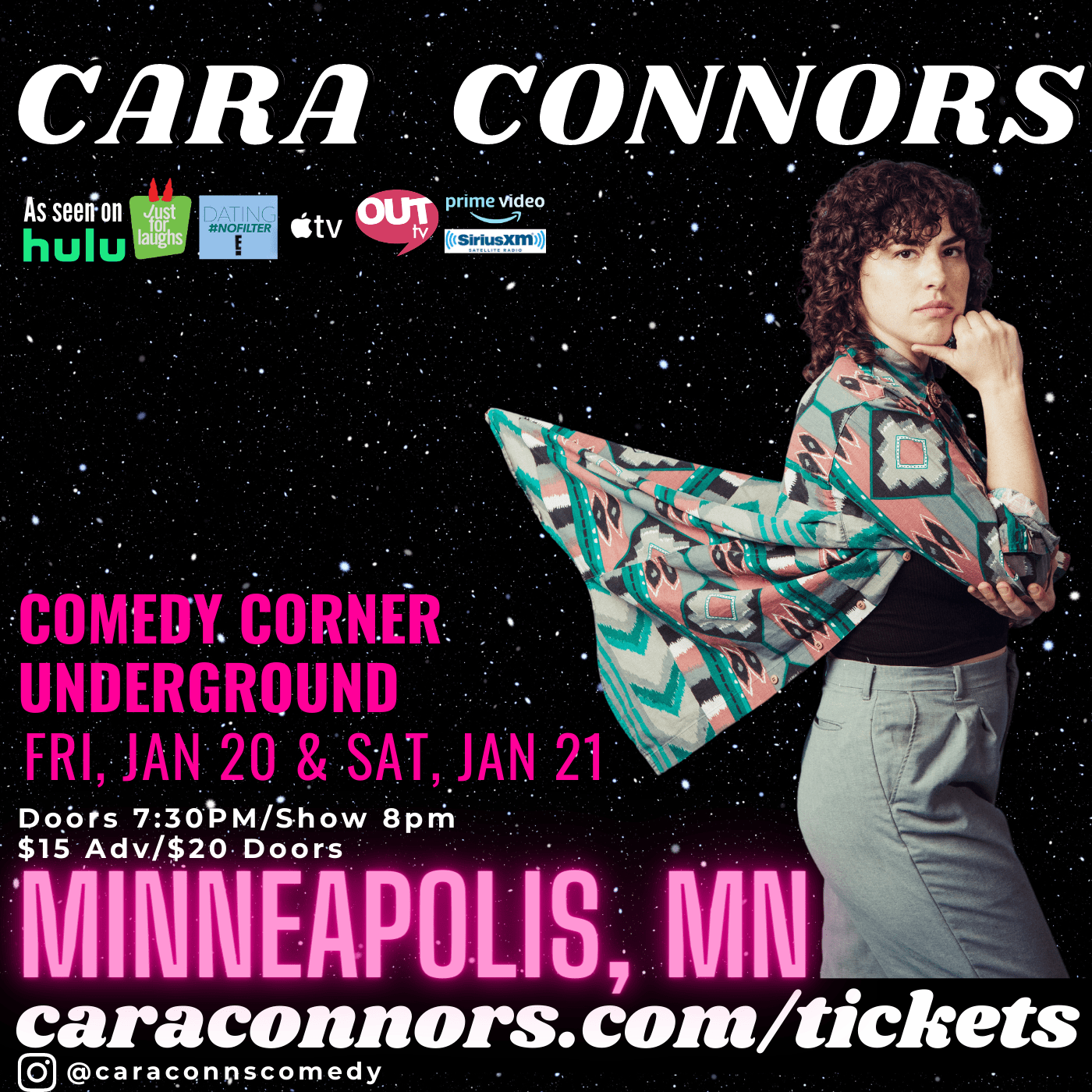 Cara Connors Stand Up Comedy: Live at The Comedy Corner Underground in Minneapolis!

As seen on Just For Laughs, Apple TV and Dating #NoFilter on E! Cara Connors is an LA-based stand-up comedian making her return to Minneapolis after a sold-out show this past summer, come see her new chaotic hour in progress at The Comedy Corner Underground. Tickets available at comedycornerunderground.com/calendar.

Her debut stand-up comedy album, Straight for Pay, will be released Friday, January 27 and is available for pre-order now at caraconnors.com. Follow her on Instagram: @caraconnscomedy

More about Cara Connors: After successfully completing a 30-city tour at some of the most highly regarded indie comedy venues in North America and Europe, (including Union Hall Brooklyn, Comedy Bar Toronto and Dynasty Typewriter in Los Angeles), her solo show, Straight for Pay, was positively received by press and audiences alike (including The Boston Globe, Austin Chronicle and San Diego Tribune).