When The Border Hookups began thinking about recording a new project, their first task was to decide where to record. This was actually a complicated question because The Border Hookups, husband and wife David and Jacqueline Hudson, actually live on the road in an RV, so their options were nearly unlimited. Northfield native David Hudson, however, narrowed the choices down to Minneapolis, Cannon Falls, Northfield or the recording Mecca of Nashville, Tennessee. After more than a month of researching options, Northfield became the obvious choice for Hudson.

Why Northfield? “My roots are here and Jacqueline’s roots were growing here before we decided to sell my childhood home and hit the road as full-time travelers” says Hudson. In addition to their own personal history with Northfield, the Hudsons also knew that Northfield is a town gifted with a plethora of talented musicians. Ultimately they decided to work with producer Steve Jennings (backing vocals and drums), Craig Wasner (electric guitar), Mike Legvold (bass) and Kurt Johnson (keys). They had played with all these musicians on past projects, so they were able to “come in swinging without having to take any time to get to know one another’s styles and idiosyncrasies,” says Hudson. “When it comes to recording, time is definitely money, and we were on a budget!”

On top of this powerhouse lineup of local musicians, Northfield also boasts a professional recording studio, Wasner Audio, located on the very north edge of town. According to Hudson, “a big bonus of working with Craig Wasner and Wasner Audio was that Craig and Linda were gracious enough to let us park our 30-foot fifth wheel next to the studio while the album was being recorded. Being able to have our home on the premises was a luxury that most musicians are not afforded. Not only that, but Linda would set out fresh vegetables for the musicians at the end of each session. Double bonus!”

One of the best parts of this project for Hudson was watching Jacqueline experience the CD recording process for the first time. “From the nerves of singing in front of a window full of strange faces to being repeatedly asked to sing it again to having to listen to takes over and over and over, this Canadian girl knocked it out of the park.” The pair recorded their album of all original songs and, when it was over, they both breathed a sigh of relief.

You may be asking, what is this self-titled album all about anyway? In short, “it’s a road trip story, complete with driving beats and lyrics about living on the road and all the mystique and intrigue that comes with it,” says Hudson. “At the end of the day, for us, it’s about getting out of your routine and getting out onto the road. We’ll see you out there!” 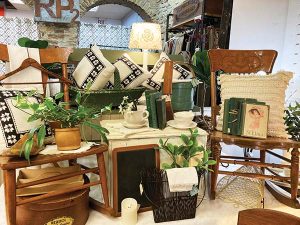 Some experts say that in order for an item to be classified as vintage, it must be an item of quality at least 20 years 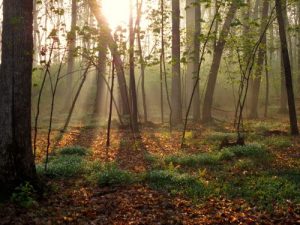 Hope Springs Eternal in Your Gardens 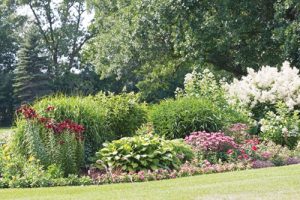 By Amy Voight, A Team Landscaping, Inc Our human social networks can complement our everyday lives by helping us achieve success, pushing us to go further, lifting

A Delightful And Sustainable Landscape

By Amy Voight, A Team Landscaping, Inc Here are some elements to consider when creating sustainable outdoor solutions: Shelter: Trees are a main supplier of shelter – from 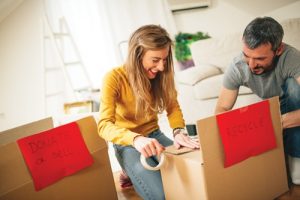 By Kate Buckmeier February is a short month, but for Minnesotans it can feel like one of the longest when you are stuck indoors and 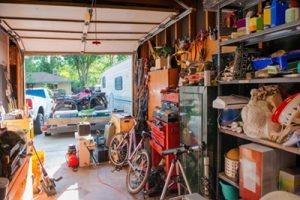 Prepping Your Garage for Spring and Summer

By Kate Buckmeier Do you dread opening your garage door and seeing all the stuff that gathered over the winter?   Is your garage in need of