In July of 2011 an open house was held at the Archer House River Inn to show off a $1.1 million renovation of the historic French Second Empire red brick building with mansard roof and arched dormer windows at 212 Division St. S. This four-story hotel with a three-story south wing (and three-story north wing added in 1987) began in 1877 in a swirl of excitement. “Archer’s Hotel: Grand Opening” read the headline of the Rice County Journal of August 23, 1877. The event was trumpeted as a gauge of community growth and an enthusiastic crowd rendered the verdict: “Well done.”

The writer praised the “taste and neatness” of the ladies’ parlor, saying that while the furniture was “not extravagant,” it was “sufficiently expensive and profuse to be most thoroughly inviting.” Other rooms, occupied by regular boarders, “approach the luxurious,” with “unequivocal indication of taste in every room.” The first floor library “of solid volumes” would “raise the plane of thought and feeling,” as it was wise “to feed the mind of the guest as well as his stomach…for if the former is well supplied the latter will escape much gorging.”

Sidwell’s Band from Minneapolis provided entertainment and by 9:30pm nearly 200 had registered and the dining room doors opened for a repast on “finely arranged and well supplied tables.” A dance which was “relished most thoroughly” began further down Division Street in Lockwood’s Hall at 11:30pm.

Northfield, in fine dress attire, “turned out en masse,” wrote the reporter, along with many friends from Faribault, Dundas and St. Paul. “Extravagance did not run away from taste” for this gathering and “the good-natured, jolly, smiling, happy disposition of the whole party seemed to be in sensible keeping with propriety and fitness.” The conclusion: “Mr. Archer and wife are to be highly congratulated upon the successful opening of their public house.”

A second article which followed, entitled “New Hotel,” described James Archer as an “old hotel-keeper” who had rested “weary limbs” of pioneers at his hotel between Hastings Landing and Northfield on the old stage road and now had opened a “handsome and convenient” hotel which filled “the terribly apparent vacuum” in Northfield. There were other hotels in town but nothing on the scale of the American House which John North, founder of Northfield in 1855, had built at the corner of Washington and Third Streets in 1857. In 1867 this hotel became the home of “Northfield College” (renamed Carleton College in 1871 after a benefactor) so was not used for travelers. The writer took note that hotels often reflect the “moral standing” and character of towns to the traveler and “Northfield has long felt the want of more extended hotel accommodations,” with the result that “for years the lack of sufficient accommodations has been a great detriment to the growth and prosperity of our young city.”

The grand opening brought out citizens from every branch of life to pay their respects to Mr. Archer, as described in the Rice County Journal: “the earnest divine; the staid deacon, the college professor, the demure moral philosophers, the devout Christian, the ardent reformer, the pompous lawyers, important magistrates, eligible young ladies, accompanied more or less, by and under the guardianship of elegant young gentlemen, or devoted papas, and anxious mammas, but all bent upon the one great object of catering to that old fellow ‘good time.’”

The dance “on the light fantastic toe” went on “until early morn.” The story concluded, “It was here we noticed our worthy and corpulent Mayor going through the cotillion and double shuffle,” until his “good lady led him home whistling all the way, ‘I would I were a boy again.’”

After changing hands a couple times, the Archer House was purchased in 1889 by Canadian-born Henry Kahler who owned the Kahler Hotel in Dundas. Kahler, who had started as a harness maker, enlisted the aid of his family in the inn-keeping business. (In 1917 the Kahler Corporation was established in Rochester. Henry Kahler’s son John Henry Kahler presided over the opening of the $1.75 million Kahler Grand Hotel across from the Mayo Clinic in 1921, coming far from his early days shuttling Archer House guests to and from the railway depot in horse-drawn vehicles.)

Marjorie Neuhaus, in a Northfield News story of August 11, 1977, related that Henry Kahler, “a bit of a showoff” at the Archer House, liked to pile dishes on a tray, “balance the tray with one hand and waltz around the room.” One day, however, he “got too close to the swinging kitchen door at the precise moment that Big Emma, a 180-pound waitress, pushed through. Henry, dishes, and tray flew in all directions. It was Henry’s final performance.”

The Archer House went through many owners and several name changes, including “Manawa” (the Indian word for “rest”) in 1903, Ball’s Hotel in 1911 and its longtime name, the Hotel Stuart, starting in 1912. There were also many tenants over the years. Past college students and “townies” may remember when the lobby was used as the Jefferson Bus Depot.

The old hotel was showing its age when building contractor and developer Dallas Haas bought the hotel in the spring of 1981. Haas wrote in a hotel brochure that reality quickly set in that he had purchased “a more than 100-year-old building containing more than 15,000 square feet with 30 hotel rooms and about two-thirds of them in a so-called operating condition.” Haas died of a heart attack at the age of 56 while working in the Archer House, and Maggie Lee wrote in her memorial in the Northfield News of Aug. 16, 1995, that when Haas had taken on the Archer House, “Much was in decay.” He and his crew “simply ripped out everything,” with 15 tons of debris taken out of the third floor alone. Lee wrote, “There were times he could have willingly consigned the place to the junk heap, yet he carefully redeveloped the Victorian treasure.” Haas, who would occasionally take on bell hopping chores for the fun of it (even pocketing tips), loved visiting with guests. The gazebo erected in back of hotel near the Cannon River is part of the Haas legacy.

The Archer House River Inn website (archerhouse.com) takes note of Haas’ contributions: “Dallas brought back the Archer House name, renovated rooms, updated private baths in every room, restored the lobby, and brought back retail shops and restaurants to the building. A new front portico was constructed, patterned after historic photographs of the Inn. Each room was given a name and theme relating to a special part of local history. New wiring, modern plumbing, insulation, updated heat and air conditioning, fire and alarm systems and a four story elevator allowed the hotel to meet the demands of the new era under Dallas.”

The 2011 management of the Archer House River Inn and initiator of the 21-month renovation project is Rebound Hospitality (part of Rebound Enterprises, a Northfield investment services and holding company), with Brett Reese as Managing Principal and Chuck Paton as President. Todd Byhre is General Manager of the Archer House. The goal of the renovation was to “honor the history of the building and its architecture while bringing luxury and modern amenities to the grand old Inn.” The renovation started with public spaces and basic infrastructure and then spread to the 36 guest rooms and suites. Period-inspired colors, textiles, lighting and furniture with modern enhancements such as flat screen televisions mixed with restored original features including tin ceilings and claw foot tubs.

Dallas Haas could have been speaking of the present-day Archer House when he wrote this to guests about his own efforts: “The total project has played a vital part in the revitalization, restoration and, most of all, the preservation of the Northfield downtown business district.” Haas concluded, “ENJOY YOUR STAY!” Many visitors to our community have done just that at the Archer House.

A Tragic Addendum to the Archer House Story

I could not have imagined when I wrote this column for the August 2011 Entertainment Guide that just over nine years later I would be writing the obituary of this pillar of the community since 1877. On the afternoon of November 12th the unimaginable happened. Fire broke out in the kitchen of Smoqehouse (a restaurant located on the main floor of the north wing of the Archer House building), spread through the walls, and soon smoke was billowing out from windows on all floors, with shooting flames visible to horrified onlookers by evening. Firefighters did their best for more than 24 hours to try to contain the conflagration.

The Archer House includes the River Inn and bar, Chapati, the Tavern, Smoqehouse and Paper Petalum of Northfield gift shop, and has been the site of innumerable receptions, special events and meetings over the years. A kitchen fire in June of 2019 at Chapati had resulted in closure of the Tavern due to water damage and renovations were ongoing there. COVID-19 led to closure of the hotel for four months until late summer, during which time steps were taken to remodel the hotel. Todd Byhre, the COO and director of operations for the building’s owner Rebound Hospitality, told the Star Tribune that the $150,000 facelift assured that the hotel “never looked better.” Then came the awful day of November 12th.

Brett Reese, CEO and managing partner of Rebound Hospitality, told KYMN radio’s news director Rich Larson that the Archer House had “touched a lot of people” who had many memories of this “crown jewel” of the community. He said the fire’s destruction is a “tough thing to overcome” and it will be a “long process” determining what to do. Reese wanted to thank everyone for the “tremendous outpouring from the community,” for the many “kind words and caring.” He praised his team and concluded on a note of optimism: “We will come out of here stronger and better.”

Community members came out to watch in horror as the firefighters fought the fire from 3:30 in the afternoon through the night and into the morning of November 13. Many of them took pictures to document the tragedy. 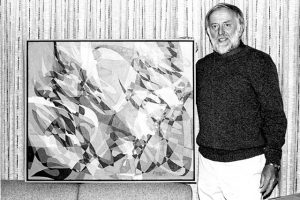 John Maakestad: A Life of Art and Action 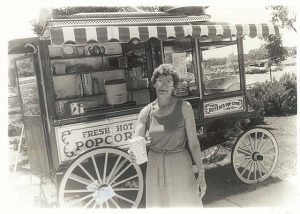 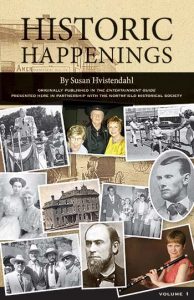