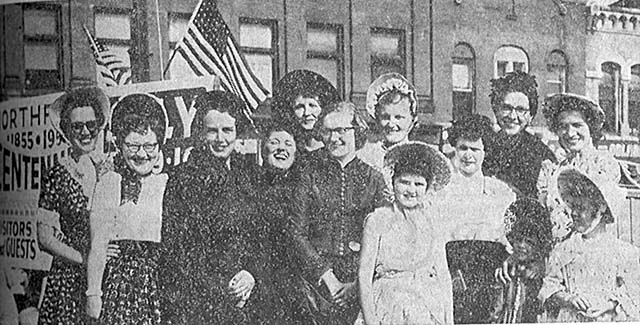 In the latter part of the 19th century, Northfielders celebrated the 4th of July with fireworks, band concerts, flights of oratory, baseball games, races involving both humans and horses and the obligatory parade. In 1883, according to the Rice County Journal, the City Fire Department’s entrants decorated their firefighting apparatus with wreaths, flowers and bunting and were “a fine appearing body of men” who “displayed such an amount of muscle as to inspire our citizens with confidence.” More than 2,500 citizens attended activities and, said the Journal, “If there was inebriation, it did not vaunt itself upon the street.”

The Independence Day Celebration of 1921 was perhaps one of the most successful in Northfield’s history. It was the first time that the community picnic, held previously in June from 1914-1920, was combined with 4th of July celebrations. Splendid weather brought in crowds from all over to enjoy activities planned by 13 committees. The American Legion Band kicked things off with a 10 a.m. patriotic concert on Bridge Square, followed by a program of speeches and more music at the city park and a huge picnic at noon. W.F. Schilling, a prominent resident, used the occasion to talk of how Northfield might improve. He exhorted Northfield retailers to adjust their prices, which were higher than other towns. As an example, he said, “Northfield had the reputation of having the highest prices for ice cream in the state.”

After lunch, the action moved to Carleton’s Laird Field. Crowds filled the grandstand, with hundreds of autos parked at the edge of the field. The “slipperiest greased pig uncaptured” was released onto the field. “Hemmed in by a mob of wildly yelling humans, he veered and tacked like a brig in a heavy sea,” the Northfield News reported, and the “poor porker” was finally pinned down by and awarded to Carl Wendlandt. Other events included a boxing match, horseshoe tournament and various races, including a “fat man’s race” (a 100-yard dash) won by 200-pound Bert Morrell. There were two tugs of war, one between married men and bachelors and the other between the farmers and the businessmen. “Inch by inch the soil tillers dragged their opponents over the line,” wrote the Northfield News. “Haymaker’s muscles triumphed over those of city dwellers.” 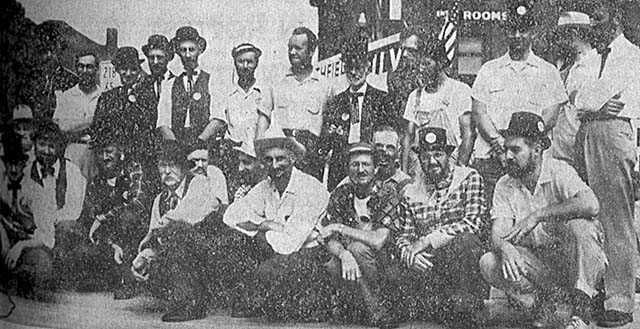 Excitement was at a fever pitch at 3:45 p.m. when the base-ball game began. The Northfield News had hyped the battle as a contest between a farmer team of “Ty Cobbs and Babe Ruths that will terrify all opposition” and businessmen with an “aggregation so fast that they will find it a little difficult to handle themselves on an ordinary sized diamond.” The businessmen restored the honor that had been besmirched by the tug of war loss and prevailed, 12-1, despite protests by the country men that the merchants were using “ringers.”

In the evening there was another band concert on Bridge Square and a “furious” water battle by two fire fighting teams, climaxed by what was called the “greatest fireworks display ever staged in Northfield,” put on by 50 men. An Armory dance to a five-piece orchestra concluded the memorable and safe day which, despite the large throng, featured no accidents, arrests, “gambling devices” or drunks.

That same year, on July 21, a crowd of 5,000 gathered at the Little Prairie Schoolhouse to celebrate a new era in road improvement with the official opening of a paved road between Northfield and Faribault. A concrete marker read, “Midway Twin Cities of Rice County, Faribault – 5.72 miles – Northfield.” The county auditor said the marker could be considered a “tombstone to Rice County’s dirt roads.” The mayor of Dundas crowed that Dundas was most fortunately situated, because its people could go either way on the paving, while Northfield and Faribault could only go one way. After a picnic supper, in the spirit of unity, the crowd took the newly paved road to Faribault’s city park for a joint band concert of Faribault and Northfield musicians.

Another significant event of a past July was Northfield’s Centennial celebration of its founding, held July 7-9, 1955. An elaborate dramatic pageant called “The Genesis and Rise of Northfield” (involving 400 cast members!) was presented at Laird Stadium with fireworks after each performance. The Centennial also featured a community picnic, parades (including a kiddie parade with 470 entrants!), a beard-growing contest, modeling of costumes from different eras, crown-ing of the Regional Dairy Princess and a Queen’s Ball at the Armory.

Finally, it is worthy of note that in July 1906, Northfield was enthralled with reports coming from Norway about the St. Olaf Band, the first American collegiate musical organization to tour in Europe. The band is said to have introduced Norway to both baseball and the saxophone. One hundred years later, July 27-30, 2006, Northfield welcomed 400 band members to the Vintage Band Festival, organized by St. Olaf professor Paul Niemisto. Despite a heat wave, 50 concerts and performances were held all over town, an event that will surely be remembered for years to come. 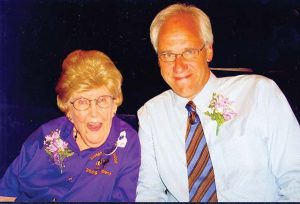 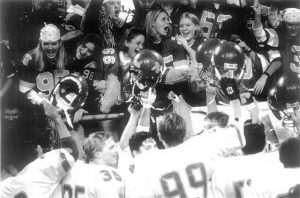 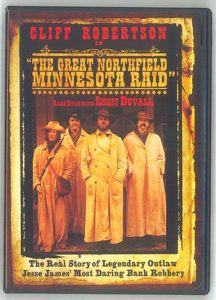