Artist of the Month: Timothy Howe 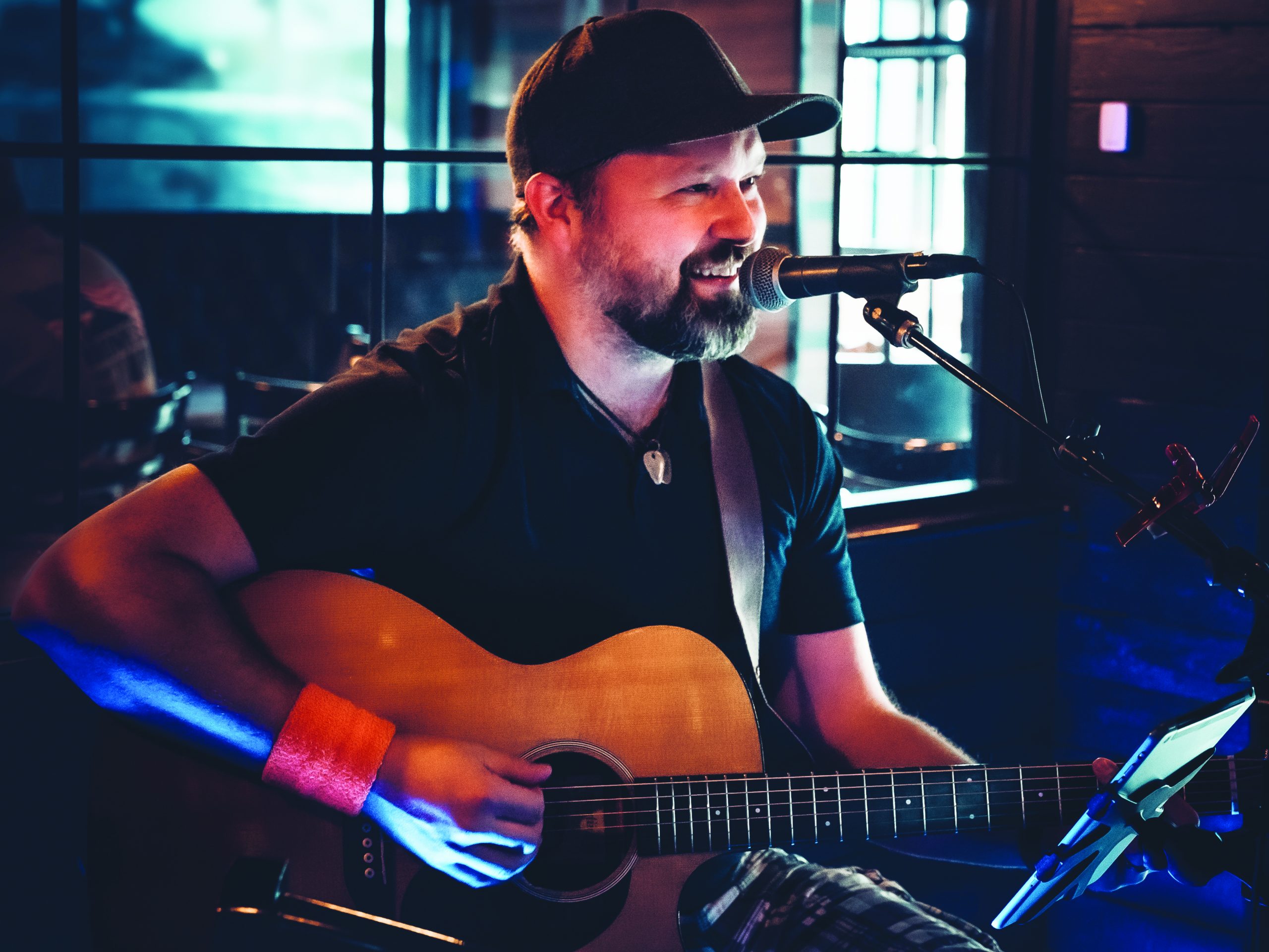 Nothing compares to earning money doing what you love, and musician Timothy Howe is truly living the dream. The timeline for breaking into the music industry is different for everybody, as demonstrated by this Minneapolis-based musician whose self-taught skills allowed him to perform paid gigs after only four years of learning. Howe is a singer/songwriter who has been performing since 2009, mostly with his acoustic guitar, but also with a loop station that allows him to create a full band sound with the percussion and rhythm features.

Although Howe was well into his teen years by the time that he first picked up a guitar, it’s safe to say that he was born with a musical bone. He was always the type of person to sing his heart out in the shower, and by 2003 when he was a junior in high school his curiosity toward this passion began to grow. In 2005, he took the leap in expanding his musical repertoire as he taught himself to play guitar – and he still strives to improve his craft to this day. Developing the skill to create his own background music while he sang made him fall in love instantly, and he hasn’t looked back since.

One of Timothy Howe’s favorite performance memories is of his time on stage a few years ago at a country music festival. He had the opportunity to perform with a band opening for Little Texas, and it was one of the most enthusiastic audiences he’s ever experienced. To this day, Howe can recall the way the crowd was hanging onto their every word, singing along to the lyrics, and even asking for autographs after. The experience was genuinely a dream come true for Howe, and he will treasure the memory for the rest of his life.

Dabbling In the World of Singing Contests

Howe’s well-rounded career is largely attributed to his ambition to try new things, including auditioning for singing contests. In the past, Howe has auditioned for both American Idol and The Voice, finding more success with the latter, but he is appreciative of his time on both shows. Despite not making it to the end, he retains a positive outlook on the experience and the ability to explore multiple avenues toward becoming a successful singer and performer.

Timothy Howe’s Life Off the Stage

It is surprising for most of Timothy Howe’s fans to learn that the talented musician wasn’t professionally trained in music – in fact, he actually attended a fine art school for Life Drawing and picked up music as a hobby along the way.

Alongside Howe’s passion for creating and performing music, he adores spending time with his family. His lovely wife Melissa and two-year-old son Gavin are his muses, and prioritizing time to spend with them is extremely important to him. His wife is one of the greatest supporters of his career – even if she enjoys teasing him for his choice in wearing “stretchy jeans” that he claims are more comfortable than they look.

When he isn’t with his family, Howe finds great pleasure in spending time outdoors and swinging clubs on the golf course, especially when sipping on some smooth whiskey.

Despite the plethora of artists who inspire Howe to create music, Allen Stone stands out as an idol. Unlike many artists, who create only a few songs per album that Howe truly enjoys, he finds that he can listen to Allen Stone’s albums from start to finish, again and again, without feeling bored of this repetition. Howe admires Stone as “an absolute beast on the vocals,” with unparalleled authenticity to his original music.

Timothy Howe’s experiences in life are his main inspiration for creating original music. He is the type of person who feels emotions deeply, and he treasures utilizing music as a creative outlet for whatever sends his soul

inspiration. His songs cover a range of human experiences, including love, heartbreak, family and following your dreams. It is always moving to observe how the relatability of his music allows him to connect with fans during performances.

The Future of howe’s Career as a Professional Musician 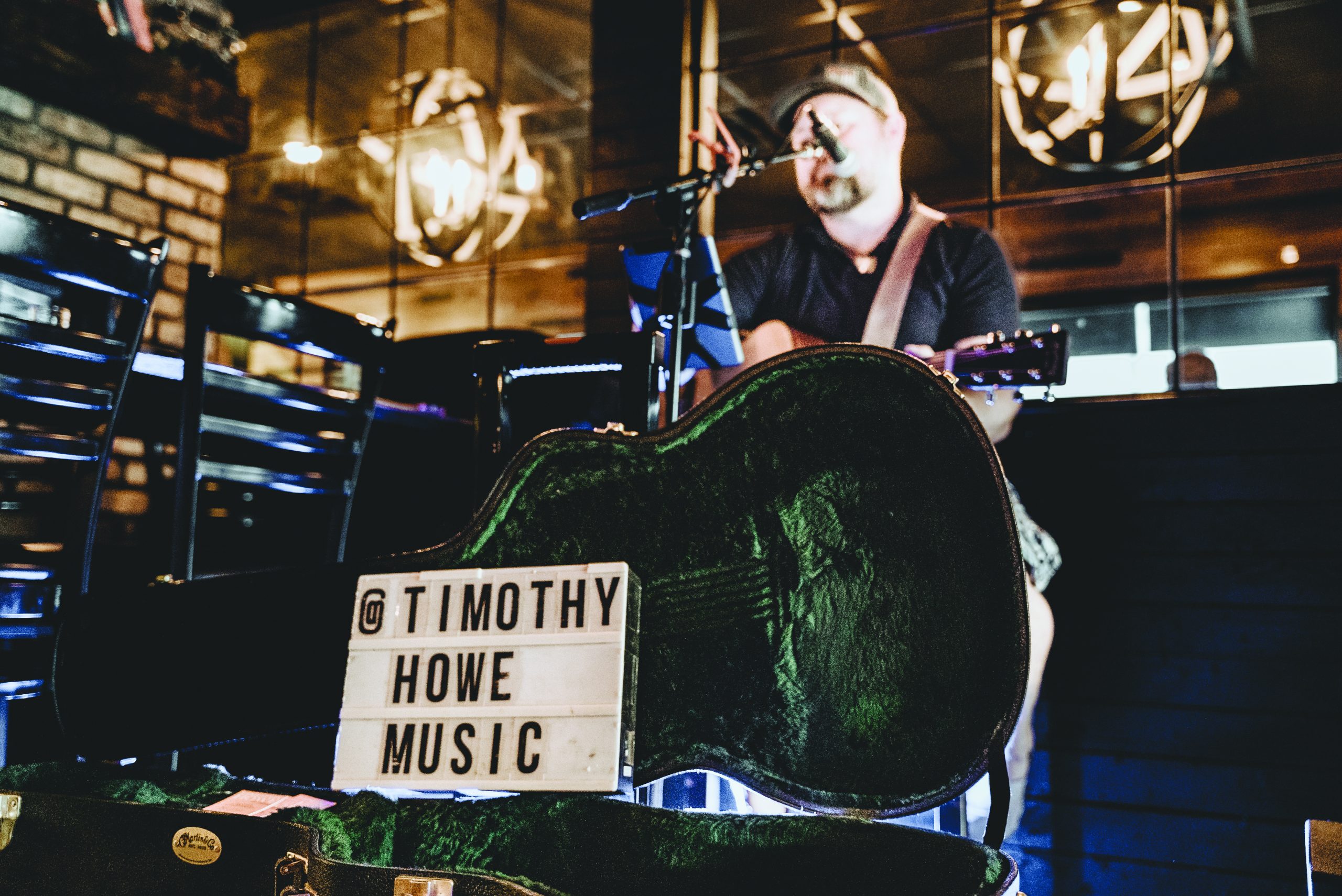 Performing is one of Timothy Howe’s greatest joys in life, but aside from the obvious pleasure of creating music as a career, he adores the opportunity to meet new people. Whether it is the event staff, fans or other musicians, it truly feels like expanding his family as he navigates the industry.

Performing at a variety of local venues, including bars, restaurants and private events, allows Howe to further advertise his music as well as network with new listeners. All musicians desire the opportunity to connect with fans and, for Howe, his fans are his heartbeat. The fulfillment of entertaining the audience by doing what he loves, and then experiencing the continued support of people returning to his shows, is an unmatched feeling. What could be better than standing on stage singing your heart out while seeing smiling faces sipping cocktails and actively enjoying the performance?

Howe loves being a professional musician because it doesn’t feel like he is working at all when he is doing what he loves. As long as there is longevity in his career, and he can continue to make a living from his performances, he will consider his career successful. Howe has worked hard to get where he is today, and since integrating TipTree into his performances, he has been able to connect with fans in a new medium, as well as increase his revenue – two things every musician can benefit from.

Howe has several shows lined up this June in the South Metro area, including in Lakeville, Savage, Farmington and Shakopee. All of the details can be found online on Facebook, Youtube, Instagram and Twitter, all at @timothyhowemusic.

There are endless opportunities for musicians to earn a living doing what they love, especially when integrating tools like TipTree to help earn additional income and foster a meaningful relationship with fans. Head to TipTree.io to learn how you can start earning tips at your gigs today.

TipTree lets you create simple landing pages that quickly capture your fans’ contact information along with their tips, so you can generate new leads to follow-up with again and again, even after they leave your page. 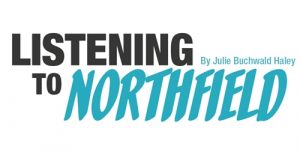 I grew up listening to a wide range of music from classical to country, to folk and jazz, to bluegrass and contemporary. My parents are 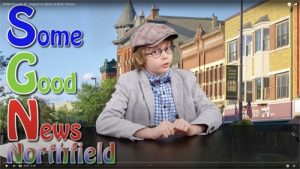 Some Good News Norhfield is a production of wunderkind Kosmo Esplan, who took the idea from John Krasinski’s new web series Some Good News. Krasinski 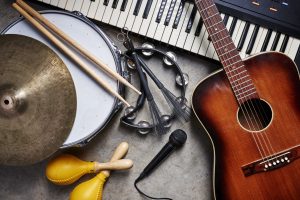 The Entertainment Guide and TipTree : A Match Made in Music Heaven

TipTree has one primary goal: to innovate the music industry by providing a communication platform in which fans can directly support musicians. Always on the