On June 16, 1899, more than 6,000 visitors streamed into Northfield on a dozen regular and special trains and marched in a mile-long parade. Almost exactly a year later, on June 15, 1900, special trains brought in even more visitors who were welcomed by flags flying from windows and awnings downtown. Streamers, which were strung between downtown buildings, floated in the breeze as these visitors, accompanied by five bands, marched in a festive parade through the town. The celebrations had nothing to do with commemorating the town’s routing of the James-Younger Gang in 1876.

These crowds were celebrating the laying of the cornerstone of the Odd Fellows Home, followed a year later by the dedication of its first building. The Northfield Independent newspaper reported that the Odd Fellows Anchor Lodge of Minneapolis marched in the 1900 parade with a drum corps and with all 150 of their members carrying red, white and blue umbrellas. They had brought along a float of a large anchor which had the words “The Anchor at Northfield June 15, 1900” printed on it. The Flour City Lodge of Minneapolis was “headed by their goat led by six little Flour City girls nicely attired.” The ladies of the Star of Hope Rebekah lodge of Minneapolis made a fashion statement wearing pink sunbonnets and green sashes. The speaker at the dedication ceremony after the parade said that “in the completion and dedication of this Home we have finished the greatest single act in the history of Odd Fellowship in this state.”

Why, you might ask, was there such widespread excitement? And who are the Odd Fellows, anyway?

The Independent Order of Odd Fellows (I.O.O.F.) is an altruistic fraternal organization whose roots can be found in the English Oddfellows service organizations of the 1700s, which were composed of “common laboring men” associating for “social unity and fellowship and for mutual help.” This was unusual for the times and so it may be that members were derided as being “peculiar” or “odd.” Another explanation for the name was that the original Odd Fellows were men engaged in various or odd trades. At any rate, they legally incorporated under that name.

In North America, Odd Fellows began in 1819 when five members of the Order from England founded Washington Lodge No. 1 in Baltimore,Maryland, at the Seven Stars Tavern. By the time of the cornerstone laying in Northfield, those five members had grown to 850,000 across the United States and Odd Fellows had spread to many other foreign countries. From 1830 to 1899, it was said that eighty million dollars had been expended to carry out the benevolent mission of Odd Fellows, with the sum of three and a half million dollars being spent annually in 1899.

The first Minnesota Odd Fellows was established in 1849 in Stillwater.When legal authority was given to establish Rebekah lodges for a female auxiliary to Odd Fellows, Minnesota was one of the first jurisdictions to take advantage of the opportunity in 1869. The Northfield Odd Fellows Friendship Lodge #50 was organized on Nov. 15, 1875.

The Pennsylvania Odd Fellows group was the first to establish a home for its aged and for the widows and children of deceased members in 1876. In 1881, the first suggestion about having such a home in Minnesota was made and a fund was started. By 1898, $25,000 had been raised for a structure for use as an orphanage and home for the aged. Competition ensued among five sites: Minneapolis, Montevideo, Northfield, Winona and Owatonna. Northfield prevailed, offering a 120-acre Josiah Nutting farm on Forest Avenue, within the city limits, close to schools, railroad and the post office. The Northfield lodge and local citizens came up with the $15,000 necessary for the purchase.

A book produced in honor of the laying of the cornerstone called Northfield “the Athens of the West,” praising it as a seat of learning, where “culture and refinement is evident.” The Home that was to be built was described as “a true, ideal Home around which shall cluster all the love and tenderness and watchful care that makes home the sweetest, dearest place on earth.” Another publication of this time described the “Odd Fellows Home and Orphan Asylum” as being in a perfect location, “in the center of the garden spot of a state which is one big Eden. Northfield is noted as one of the cleanest and most orderly cities in the state and a center of education and culture.”

Harry Wild Jones of Minneapolis (see below) was engaged as the architect for a design of Dutch architectural style, using Northfield red brick with trimmings of cream-colored brick and Kasota stone. The main buildings, annex, farm house and two barns represented an investment of $77,619.30, “free from indebtedness.” Each lodge could place one person in the Home at a cost of $1.75 a week for a Lodge member, $1.25 a week for a wife or widow and $1 a week for a child or orphan of an Odd Fellow, with a 50 cents per week charge for an additional member. Each person sent to the Home “shall have at least one good suit of clothes and two suits of underclothing in good condition, and all expense of necessary clothing, medicine, tobacco, etc., during his or her stay shall be borne by the Lodge or other authority having control of such person.”

The grove adjoining the Home was the site of the 1900 dedication ceremonies. Wallace G.Nye, a past grand master, delivered the oration of the day. He commended the “sisterhood of Rebekahs” (the ladies’ auxiliary of Odd Fellows) for furnishing the Home and declared “our Home leans for support upon the sympathetic heart of woman. Her smiles, her tenderness, her influence are needed now more than ever.” He called on all to give support to the Home, “not grudgingly, remembering that this is our one great opportunity for doing something, no matter how small, to temper for others the rough winds of adversity.” The Home was “no asylum, no paupers’ refuge, no mere boarding place but a true Home around which will cluster all the love and tenderness that makes home the dearest name on earth save only God and mother.” Here the aged would be protected, “God’s poor” of both sexes would find shelter, food and clothing and human love and youth would be “taken from the clutch of penury and want” and be “clothed and fed and trained” in body, mind and heart to become “useful men and women and helpful members of society.” With a rhetorical flourish, Nye said, “Our Home speaks louder than any monument for the dead. It says to all, Odd Fellowship gives comfort and rest for the living rather than flowers and monuments after ‘life’s fitful dream is o’er.’”

After the benediction, the Northfield Independent reported that “the building was thronged with visitors, all of whom were unanimous in their expressions of approval.” The first resident, an 89-year-old Odd Fellow, moved in on Aug. 2, 1900, followed by nine more men, a widow and five children. By 1926, the number had grown to 126 children and elderly at the Home.

In September of 1974, this distinctive first building designed by Harry W. Jones was razed. A Northfield News story that month said, “Because of its unusual architecture, many were sorry to see the old structure go, but the interior had long been worn out.” Increased government regulations and safety codes led to condemnation of other older buildings on the property.

New buildings and expanded services on the Forest Avenue site brought a new name, “Three Links Care Center,” in 1989. The new name retained a connection to Odd Fellows since it comes from the logo of the Odd Fellows fraternity, which is three links with the letters F, L and T on them, representing Friendship, Love and Truth. These principles continue to guide the organization in its services to the community of nursing home care, home care, apartments and board and lodging.

Three Links had a yearlong celebration honoring the 110 years of its history in Northfield. Events include a special afternoon of song and remembrance with Marilyn Sellars at the Northfield Ballroom on March 28 at 3 p.m., a heritage celebration on the Three Links Campus on May 17 from 2 to 4 p.m., the John Falck Memorial Golf Tournament at the Northfield Golf Club on Aug. 6 and a “High Heels – High Hopes” Gala at the Grand Event Center Nov. 14.

The book commemorating the cornerstone laying of the Odd Fellows Home in 1899 ends with these words:

“While we thus build this Home let us remember that we build for the future. We lay the foundation, our successors will enlarge as needs require. Let us make for ourselves a history of faithful service – of duty done. And as the endless chain of Odd Fellowship link by link encircles the globe may our work keep it bright and stainless and hand it down, strong and unbroken to coming generations.”

Three Links continues the tradition of faithful service of the past 110 years and looks forward to handing it down “strong and unbroken” to succeeding generations.

Thanks to the Northfield Historical Society archives, the Northfield Public Library for microfilms of early sources, Darlene Christensen Pfahning for her Odd Fellows research, Elizabeth A. Vandam for her book “Harry Wild Jones: American Architect” and for providing the picture of Jones, to David Hvistendahl for the post card of the Odd Fellows Home and to Deborah Carpenter and Pat Vincent of Three Links. And applause for Marilyn Sellars, for her March 28 performance at the Ballroom which kicked off the 110th anniversary celebrations.

In 1899, the fraternal organization called the Independent Order of Odd Fellows, made construction plans for 120 acres on Forest Avenue in Northfield. Three separate buildings joined by corridors were to represent the motto of “friendship, love and truth” and were to house an orphanage, hospital and home for the elderly. Harry Wild Jones, a prominent Minneapolis architect, was engaged to design a Dutch-Flemist Revival Style complex, featuring gables and a red and white brick exterior.

In 1905, Watts William Pye, Northfield attorney and banker, hired Jones to design an English Tudor home for himself at 613 E. 4th St. In 1910, Pye turned to Jones again to design the State Bank of Northfield on Water Street. Jones created an Egyptian Revival structure, with columns and two windows on each side of the entrance and a stained-glass dome crowning the roof. This building has been extensively renovated by law partners David Hvistendahl and Ron Moersch since its purchase in 1981 and is on the National Register of Historic Places.

Elizabeth A. Vandam’s book, “Harry Wild Jones: American Architect,” details his life and works, including Minneapolis landmarks Butler Square and Lakewood Cemetery Chapel. A chapter called “Beyond the Twin Cities” has two pages on “The Northfield Connection” with pictures of the State Bank, the Pye and Hill residences and a drawing of the Odd Fellows Home. 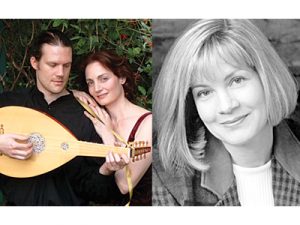 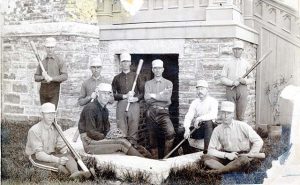 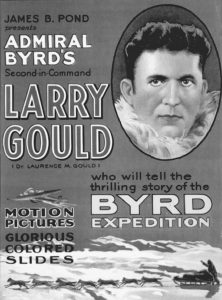