Dundas residents got an early glimpse of the precocious talent of 3-year-old Marilyn Sellars when, in the middle of a Sunday sermon at the Methodist Church, she burst out with a rendition of “Oh, What a Beautiful Morning!” She has been enthralling audiences all over the world ever since.

At the age of 15, Johnny Western had his own show, singing and playing his guitar in the Northfield studio of Faribault’s radio station, KDHL. Billboard magazine called him the youngest DJ and singer in commercial radio, and Johnny went on to perform with Gene Autry, Johnny Cash and others and to be inducted into 10 halls of fame.

Marilyn and Johnny are two of the musical performers with Northfield ties who have gone on to attract national and international attention after leaving our area. These two, in particular, maintain affectionate ties to this community.

In this story, and in ones to follow, “Historic Happenings” invites you to renew your acquaintance with Marilyn and Johnny and meet others who have passed through the musical portals of this town. 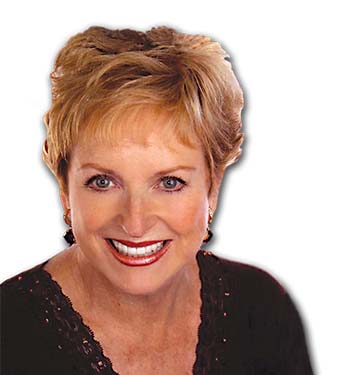 Marilyn Sellars is particularly proud of her roots in this area. Her family’s connections go back to the late 1800s when her grandfather, William Sellars, and his brothers came to Minnesota from Canada. She told me that most of her relatives are buried in the Dundas Cemetery, including her parents. “My father, Paul Sellars, was born just a few miles southeast of Northfield in 1907, graduating from Northfield High School in 1926,” she said.

Marilyn was born in a home just west of Dundas and attended a one-room country schoolhouse there until ninth grade, when she entered Northfield High School. Yearbook pictures show her acting in “Our Town,” dancing and, of course, singing in the choir and madrigals. Marilyn hardly remembers a time when she was not singing, starting with gospel songs taught her by her mother’s father, Earnest Chester, who traveled and sang with the Salvation Army. Marilyn went on to perform in talent contests throughout her high school years, including singing with three childhood chums in a group called “The Star Gazers” and with a girls’ quartet called “The Melodaires.” She was also an active member of the Big Star 4-H Club.

Marilyn studied voice with well-known instructor Gertrude Boe Overby of St. Olaf and became an accomplished pianist, mostly self-taught. She was named “Miss Northfield” shortly after high school graduation and was a finalist for “Miss Minnesota.”

In the years that followed, Marilyn developed a career as a singer, working in piano bars in the Twin Cities area. She entertained for seven years at the Ambassador Hotel in Golden Valley and her country songs were featured on local radio stations. Fans and friends financed her way to try her luck in Nashville and Marilyn from Dundas hit it big.

A major record label, Mega Records, signed her in 1973 and her first album, “One Day at a Time,” charted nationally for 43 weeks, even overtaking Elvis Presley’s “Live on Stage in Memphis” on the top country LP list. A country music star was born, as she won Cashbox Magazine’s “Best New Female Artist” award, an ASCAP award and an Academy of Country Music nomination. Traveling to promote the album, she appeared on national TV shows, garnering critical acclaim.

Marilyn did not relocate to Nashville, however, since she had two daughters. “I couldn’t see ripping them out of school,” she explained. Her “support system” was in Minnesota and when she married Dr. Peter Kuipers, an orthodontist, they decided that Minneapolis would remain their home. Marilyn’s two girls, Anne and Linda, have each provided four grand-children, or “grand darlings,” as Marilyn calls them.

Marilyn’s memorable career has included headlining with such performers as Bob Hope, Red Buttons, Bobby Vinton, Frank Gorshin and Ronnie Milsap. She sings Broadway, pop and gospel as well as country, and this musical versatility makes her a hit at corporate shows, charitable events, celebrity golf tournaments, country and state fairs, telethons, political conventions, sporting events, dinner theaters, churches and senior centers. She has sung the national anthem for the Vikings, the Twins and even at a monster truck rally. Among highlights of her career are singing for three presidents and performing at Disney World, theaters in Branson, Mo., Brazil, Israel, Switzerland, Bermuda and China, where she sang on a cruise ship going down the Yangtze River.

One of her favorite memories is performing on the stages of both the old and new Grand Ole Opry. “I grew up listening to the Grand Ole Opry, never dreaming that I would ever be on it,” she told me. “Exciting stuff for a country girl!”

Marilyn last performed in this area during the Sesquicentennial celebrations of Dundas in 2007 and Northfield in 2005. Her 2005 appearance with Johnny Western was a highlight of the July 4th weekend and all-school reunion events. 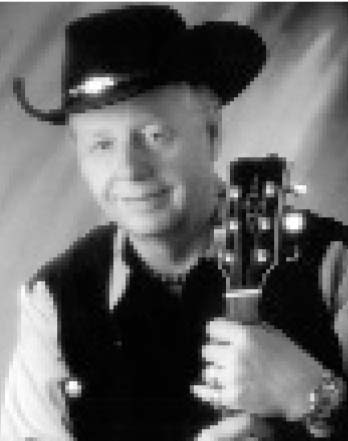 Johnny Western reminded us that it was 50 years ago – March 14, 1958 –when he wrote “The Ballad of Paladin” and sang it on “Have Gun, Will Travel” for CBS-TV and Columbia records. This song was written to thank the star, Richard Boone, for his acting tips during their scenes together. Johnny went on to write songs with Boone and the show’s creator, Sam Rolfe.

Johnny was born in Two Harbors, Minn., but moved to Northfield with his family when his father, John Westerlund, became physical education instructor in Northfield public schools. By the age of 13, Johnny was already playing guitar and singing country tunes on the radio in Northfield and within two years had his own show six days a week. During a stint at a radio and TV station in Austin, Minn., the precocious youth was encouraged to take on Hollywood and in 1956, at the age of 20, Johnny was signed by his idol, the ultimate singing cowboy, Gene Autry, to be featured singer and guitarist on his show.

Johnny’s acting career commenced soon after and he has appeared in more than 50 movies and television shows. After Autry’s retirement in 1957, Johnny hooked up in 1958 with another Johnny, Johnny Cash, as featured performer and emcee of Cash’s road show. Both Johnnys were recording for Columbia records and Johnny Western played guitar on 71 singles and five albums with Johnny Cash.

Today Johnny continues his love affair with radio. Since 1985, he has had a program which features cowboy and western music on KFDI in Wichita, Kan. Among his 10 hall of fame inductions are the Western Music Association Hall of Fame and Country Music Disc Jockey Hall of Fame. Johnny performs all over the world, at rodeos, film festivals and western music events, including being part of the first musical group to play on the Great Wall of China in 2006. He is the only cowboy singer to have played three times (all sell-outs) in Carnegie Hall.

During the summer of 2005, Johnny came to Northfield twice. After appearing with Marilyn Sellars over the Fourth of July, he returned during Defeat of Jesse James Days in September for a “Hollywood Cowboy” show about the golden age of westerns, which featured “Singing and Gun Slinging.” Johnny told the Entertainment Guide, “I have always considered Northfield my hometown and have said so in print, on concert stages throughout the world and on radio and TV. Northfield was the greatest place in America to have grown up and I hope the young people of Northfield today appreciate how very lucky they are to live here.”

In some sort of cosmic synchronism in 2004, Marilyn and Johnny were inducted into two halls of fame: Marilyn into the Minnesota Rock and Country Hall of Fame on May 22 and Johnny into the Kansas Cowboy Hall of Fame on June 6. Both of them are certainly enshrined in the hall of musical fame of Northfield.

Information and photos for this story provided by Marilyn Sellars, Johnny Western, the Northfield Public Library, the Northfield Historical Society archives and the inimitable Maggie Lee. 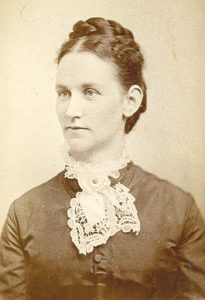 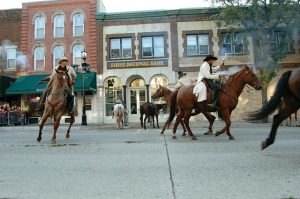 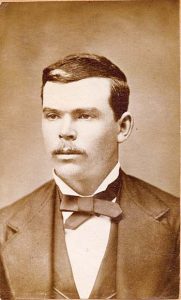